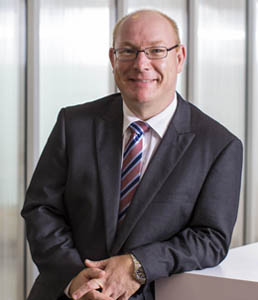 Topic: Time it takes for Superannuation Funds and Insurers to make decisions on TPD claims

Adam Tayler, Turner Freeman Lawyerssuperannuationexpert provided advice on what is considered too long to wait to heard back from your Superannuation fund or Insurer on your lodged claim. In Adam’s latestTPDblog, he mentioned that if you have been waiting longer than 2 or 3 months, the decision is taking too long.

Adam also explained what you can do to initiate a court procedure to speed things up if the decision hasn’t been made. If the decision is made not in your favour, you may also have the option of challenging or contesting this decision. This is calleddisability claims litigation.

Please find the transcript of Adam Tayler’s this podcast below.

If you want to talk about Superannuation law, we have Adam Tayler from Turner Freeman Lawyers joins me on the line.

Andrew: G’day Adam how are you going?

Superannuation Law. I don’t know how much we understand about it when we talk about disability claims for example through superannuation law and the length of time it takes for your superannuation. What are we looking at.

Adam: My experience in these matters is if they are taking longer than anywhere between 2 to 3 months, its taking too long. Unfortunately having many clients come to us for assistance it has taken much longer than that. And just not been able to deal with the insurance companies themselves.

Andrew: That could take up to a year?

Adam: Yes I’ve certainly had a case recently where a client came to me after 18 months, lodged his claim online thinking that it would be the quicker and easier way to do it. 18 months later he still didn’t have a decision.

Andrew: Adam how people know if they are eligible?

Adam: Generally there is 2 ways to do it. One is on your statement that you receive from your Super Fund. There should be details of the insurance that is available to you or your account. If there is nothing there or you are not sure about it than you can speak to the Super Fund direct. They should be able to tell you about that.

Andrew: If you have a question about this, now is the time to ring 131 873. Because I assume when you are going through something like this and you hear from the insurer we’re assessing the claim, you sort of accept this. It’s frustrating but you accept it. How long should you put up with hearing this sort of thing?

Adam: I think we are sometimes too willing to accept those sorts of excuses.

Andrew: Probably because we don’t know any better

Adam: Chris yes, that’s right. And we expect that the Super Fund or Insurer will deal with a claim properly and reasonably as they require to do that. But quiet often we have to deal with these excuses and if the claim is taking more than 2 to 3 months than it is too long.

Andrew: Yeah ok. Because I think we are in an area where people are really, I don’t know if the word clueless is the right one. We probably don’t have the confidence to know exactly what our rights are and how long everything should be taking.

Adam: I think that’s right and they’re not used to dealing with insurers and their particular way of handling claims. Every insurer is different particularly in the superannuation field. There are also a number of insurers out there that deal with this sort of work. They all have their own processes and procedures as how they follow things. And it’s hard to understand.

Andrew: So what’s the first tip you’d give someone who find their position in something like this?

Adam: Seek some advice about, I mean there are other firms like ours out there and other non-profit organisations that assist people with these sorts of claims. You need to get some advice at the beginning as you can get yourself into a bit of a trouble if you do it yourself.

Brian: I put a claim in for a permanent disability from a football injury I had years ago. Got to a stage where I had 2 surgeries, one in 2012 the other is I’m still sort of recovering from. And I made a claim through my superannuation fund for TPD. That was in last October and we are still waiting. The last correspondence we received was a letter from that that stated that needs to be an assessment. They attached all the forms that I, my specialist and doctor fill out. That was about 6 weeks ago. And I heard you say if it takes longer than 2 to 3 months its taking too long.

Adam: Yes Brian I certainly think that’s taking way too long. What they have done when they issued you the forms is what we call a procedural fairness. They are required to give you copies of anything that might be adverse to your claim. To get you to comment on them. So yes it has taken too long.

Brian: So do you have any advice on if I call them. Or do I just have to wait until they are ready to give their answer?

Adam: My suggestion would be that Brian makes a demand on them to make a decision by a certain date. If the decision is not made, then Brian can assume the claim is declined, than Brisbane can take action through the courts or other sources so he can start forcing the issue.

Andrew: We are with Adam Tayler from Turner Freeman Lawyers

Dale: My question related to my mother. She’s got terminal cancer now and she actually worked up until about a month ago. The doctor suggested she probably only has a couple of months to live, yeah and we have had a real pain with her Super. To try to get disability support. What does she need to have to be able to access that?

Adam: Generally Dale you will need a medical certificate from 2 practitioners which will certify that she is unable to work permanently because of the cancer. The other thing to think about is, which depends on her particular fund, that there is a terminal illness coverage that she may be able to get, advance payment on her life insurance. So she can use those funds now to help with treatments.

Dale: Ah that’s great. Cos I know she is filled out her form and they rejected it 3 times because she was writing over the lines and stuff like that. It’s really frustrating.

Adam: That sounds like a bit technical and silly to me. They should really accept it as it is not hard to accept a binding nomination.

Dale: I guess my worry is how long are they going to take to claim with the documentation if she may die by the time this happens.

Adam: Certainly the claim should be made sooner rather than later. My experience with terminal claims is that they actual deal with them a little bit quicker. But it still takes some time. But they certainly try to push that through.

Emilia on the line:

I just had a triple by pass. I ceased work on the 20th of November with chest pains. 3rd of December I had a triple by pass. Apparently it’s all healing. Total permanent disability, they still continuing to search for my records. And they are going back like 10 years. Can’t they pay me? The lower part of my heart is damaged. I can’t really do any work with exerting and shortness of breath.

Adam: Emilia obviously it is a very serious condition. And that would be a condition that would qualify for a TPD. Provided you had coverage at the time of that you ceased work that should be no issues. I don’t understand why they need to go back 10 years to work that out. It should be a straight forward thing for them to tell you that you did have coverage the time you ceased work.

Emilia: My cardiologist and my doctor confirmed. I rang Melbourne and they said its on the doctor so-and-so’s desk right now and I have to wait until the 17th of July to get an answer from him. And I said come on I can hardly make a phone call to my daughter.

Adam: That sounds like a crazy excuse to me. If they have got the evidence there from your cardiologist they should be able to make a decision based on that. All that the law requires is that there’ll be 2 certificates from medical practitioners. That’s sufficient. If it’s clear that you are totally disabled they should except the claim.

Andrew: So what could Emilia do?

Adam: Probably similar to what I suggested to Brian, I think we need to put it back onto the insurer to make a decision by a certain date.

Ian: I gotta have an operation. Are you allowed to access your super fund? I don’t have CPI insurance or anything like that? I’m an interstate truck driver.

Ian: So I will have to get a medical certificate from the doctor?

Adam: Yes you will have to get a medical certificate to get proof from the doctor on the type of treatment you require. You will also need to obtain a certificate from the Department of Human Services to confirm that you are eligible. And take that to your super fund and they should be able to release your funds.

Valerie: I’ve been on compo since 2008. The company sacked me in 2010 and I’m still on compo. About 2 years ago I applied for my total permanent disability. Does it matter that they put down on my certificate that I can work 20 hours a week? I retire in December.

Adam: It could adversely affect the claim. If you do have the capacity to work than that can defeat a claim. We’ve got to look at what the reality of you actually being able to work 20 hours of week and hold down a job. That’s gonna depend on the reason that brought you off the job. And these things can’t just be a theoretical that you might be able to work 20 hours a week. We’ve got to look at that in real terms. And in the real worked can you actually hold down a job.

Emilia: Yeah can’t get jobs anywhere. We’ve sent the letter in and the solicitors are pushing it. And then I received a letter saying that they moved it onto a trade section?

Adam: Yeah and again 2 years is too long to make a decision on these sorts of things. Your age will impact in your ability to gain a job all of those factors need to be taken into account and I think the decision should have been made a long time ago.