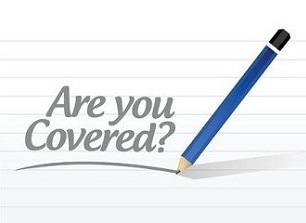 Background of the superannuation fund case

Plaintiff: Alan Finch was born male but had lived as a female and at the age of 21 underwent surgery to change his gender from male to female.

Defendant: Telstra Super. There is no insurer. The case discusses the duties of the trustee.

Plaintiff commenced employment with Telstra in 1992 as Helen Finch and became member of the Telstra Superannuation Fund. Subsequently suffered from psychological difficulties due to his gender change and took sick leave from Telstra on 30 September 1996 and in October that year resumed living as a male. He underwent further surgery to reverse the gender change however became severely depressed, suffered from adjustment disorder and was sensitive about his appearance.

Plaintiff returned to work for short periods with Foxtel (1 month with two weeks sick leave), and part time with Qantas (5 months with 2 weeks sick leave). Information was provided that these jobs were failed return to work attempts.

Lodgment of the claim

Lodged claim for TPI benefits with Telstra Super on 19 May 2000. Two determinations were made by the trustee rejecting the claim on the basis that the plaintiff was not “unlikely ever to engage in gainful work” as required by the second part of the definition of TPI in the deed.

Plaintiff disputed the Trustee’s decision initially in the Supreme Court of Victoria.

The HCA unanimously set aside the Victorian Court of Appeal decision. The case addresses a number of issues concerning total and permanent invalidity (TPI) with respect to this specific deed and facts as follows:

Held: the definition did not require the applicant to be continuously absent from “all active work” for six months before leaving Telstra’s employment. To require such absence to take place before the member ceased to be an employee was to read words into the clause unnecessarily. The plaintiff’s absence from work after he left Telstra’s employment satisfied that part of the definition.

Held: agreed with the plaintiff that the 6 months’ absence could be satisfied after a member ceased to be employed by Telstra, according to a correct construction of the trust deed because the definition did not explicitly state that the six months’ absence from “all active work” be absence from work with Telstra, to do so would be inconsistent with other aspects of the definition and lead to unjust results.

The more generally applicable consideration of the HCA here was their discussion of a superannuation trustee’s power to exercise discretion as opposed to other types of trustees. Namely:

The Court of Appeal treated the decision of the trustee regarding whether or not the plaintiff was unlikely ever to engage in any gainful work for which he was reasonably qualified by education, training or experience as a discretionary decision and applied Karger v Paul in doing so.

The HCA determined this was not correct and the decision of the trustee correctly did not involve an exercise of discretion but was a determination to be made on a factual basis. It required the Trustee to form two opinions:

Although forming the opinion required judgements to be made, it was not a matter of discretionary power but “an ingredient in the performance of the trust duty”. It required an assessment of the information and evidence and professional advice the trustee considered relevant, combined with a duty on that trustee to make that assessment. Failure by the trustee to seek relevant information to resolve conflicting material as occurred in this case was held by the HCA as not only constituting a breach of duty but also being reviewable as a lack of genuine consideration under the Karger v Paul principles. Although there was a more onerous duty to make enquiries for relevant information, evidence and advice on the superannuation trustee than that which existed under the Karger v Paul principles.

Accordingly, the Trustee had a ‘duty’ to distribute to those who fell within the TPI definition, and forming that opinion was an ingredient in the performance of a trust duty and not a matter of discretionary power. The HCA found that Mr Finch ‘was not the object of a discretionary power of appointment’, he was instead:

In supporting this conclusion, the HCA commented on the nature of superannuation trust funds:

[33] Different criteria might be thought to apply to the operation of a superannuation fund from those which apply to discretionary decisions made by a trustee holding a power of appointment under a non-superannuation trust. … Superannuation is not a matter of mere bounty, or potential enjoyment of another’s benefaction. It is something for which, in large measure, employees have exchanged value… The legitimate expectations which beneficiaries of superannuation funds have that decisions about benefit will be soundly taken are thus high.

[36] Thus the public significance of superannuation and the close attention paid to it through statutory regulation support the conclusion that the decisions of superannuation trustees are not likely to be largely immunised from judicial control without clear contrary language in the relevant trust document. Decisions like those which the Trustee made in this case are not discretionary decisions in the sense used in Karger v Paul.

The HCA also recognised that claims for these types of benefits are to support the claimant for the rest of their life and this was dependent upon the trustee forming an opinion as to the likelihood they would ever be able to engage in gainful work again and was not a mere discretionary decision.

HOWEVER: Some decisions made by superannuation trustees are still made using a discretionary power and not a duty i.e. distribution of death benefits

The HCA also considered whether the traditional limitations in Karger v Paul apply to those decisions that are discretionary and held that different criteria apply to a superannuation fund from those that would apply to discretionary decisions made by a trustee under another type of trust.

They did not go further to evaluate how far the Karger v Paul principles applied in this context or whether other principles should be adopted because the case at hand was easily resolved by accepting Byrne J’s interpretation of Karger v Paul:

“To offer answers to wider questions which might arise in disputes different from the present where it is not necessary to do so would have an unsettling effect on the law which may not be beneficial.”

Byrne J (primary SC judge) concluded that the trustee did not give real and genuine consideration. CA overturned that.

HCA: There was nothing to suggest that the trustee considered the plaintiff’s proposition that the work at Foxtel and Qantas was failed rehabilitation. The CA should not have reject “these uncontradicted assertions”. The only evidence was the mere fact of his employment with Foxtel and Qantas and a statement the plaintiff allegedly made to the CEO of the fund  that the Qantas employment was “a real job”.

Held: HCA supported Byrne J who doesn’t suggest the trustee acted in bad faith but rather held the trustee had failed to give the matter genuine consideration having failed to pursue sufficient enquiries, and that there had been a want of good faith.

The trustee’s submissions to the HCA were that Byrne J misunderstood the Karger v Paul test concerning “good faith and genuine consideration” as correctly the trustees are not required to make reasonable and relevant enquires and it is the duty of claimants to prove their case. The HCA rejected this, accepted Byrne J’s view that the Trustee had failed in its duty to make enquiries in the following ways:

The Trustee should have made further enquiry concerning Mr Finch’s claim that the working  environment was hostile. His previously secure and relatively prestigious position had been downgraded and  had become insecure and this had lead him to terminate his employment with Telstra by accepting voluntary redundancy. No objective proof was sought about the last month of   the plaintiff’s employment: the trustee just accepted statements of the Telstra managers.

Plaintiff provided substantial evidence that these periods of work were a rehabilitative effort to return       to work, pointing out his absence from Foxtel for 2 weeks of the month in that position and that his   position with Qantas was only part-time c.f. full-time position with Telstra. Byrne J concluded that the   trustees had put that material aside, in preference for a conclusion that this employment,  although it had failed in each case, showed Mr Finch was likely to engage in employment in the  future and he could therefore not satisfy the definition of TPI. The trustee should have properly    taken that information into account and if they had they would not have formed that conclusion.

A lot of weight was put on this statement and was significant at the time as the relevant issue then was whether the Qantas job was rehabilitation or a ‘real job’. Rejection of the claim appeared to be substantively based on that information but it was not provided to his legal representation or himself. Accordingly, Mr Finch had no opportunity to deny making the statement or clarify its intended meaning and the CEO acted as a witness by passing on this information and then proceeded to participate in the actual evaluation and interpretation of his own evidence. Mr Finch should have been given the opportunity to respond.

The HCA remitted the matter to the trustee for a final determination as there was no bad faith but merely a failure to observe due process by giving genuine consideration to the matter.

“The Trustee has a duty to apply the trust assets in accordance with the Trust Deed. In performing that duty, it is required to inform itself properly of the relevant facts: Finch v Telstra Super Pty Ltd “.

How can we help you?

If you are unable to work due to injury or illness, or if you approached your superannuation fund to claim and you were told you cannot claim, give Super Claims Australia a call on 13 43 63 or via our online contact form.